Hello everybody, it’s been a while since I last wrote. I have my reasons for not showing anything much, but I probably should have at least written a note saying that I’d be gone. I’ve just had a long semester, some burnout, and then a massive amount of re-prioritization as I think about what skills I want to improve and what kind of stuff I want to make in the future while I’m still in school.

In case you haven’t been following my sparse twitter activity or scrying into my apartment, this post should officially sort of summarize what’s been going on and where I think I’m going as we head into 2019. I’ve tried to write this several times over the last month, so it might be a little scattered. Let’s get right to it.

END_OF_DOCUMENT_TOKEN_TO_BE_REPLACED

It’s been a while!

Three weeks, actually, instead of the usual two since the last update, and this is entirely due to trying to adapt to the new schedule I have from starting this semester at University (fall of my 3rd year). I had accomplished so little last Wednesday that I honestly just forgot this was supposed to be the day to write a blog. A few days later I realized what was up and just decided to aim for next week. It’s likely that this marks the end of my consistent, content-filled updates that made the summer

On the personal side of things, I’m a few sessions into running that D&D game for my friends and my other 2.5-year-old campaign with the same group is shaking back to life from another hiatus. I finished Slaughterhouse: Five and I have to say I was pretty stirred by it, particularly the frank first chapter as Vonnegut tries to collect his thoughts before writing and the part where Billy watches the war scene backwards on his TV. The book gave me some pretty raw vibes about how ridiculous and terrible humans can be sometimes and how silly it looks from such an outside perspective.

On another track, I also finished The Last Guardian a few weeks ago, and I was totally wrecked by the ending in a way that no game or movie ever has before. It was an absolute journey – beautiful to look at and engaging to play all the way through – and I can probably say it’s the best game I’ve played from this decade. I binged a lot of the developer diaries and interviews about the game a bit after and they were also super cool and inspiring. I’m fully onboard for whatever they have next, and I can’t wait for it!

On the development side of things, the scattered handful of hours from the last 3 weeks came together to roughly form almost a devblog’s worth of content, so let’s just get right into it.

END_OF_DOCUMENT_TOKEN_TO_BE_REPLACED

On the personal side of things, I’m about halfway through Shadow of the Colossus (ps3 remaster) for the first time- something I’ve been meaning to get around to for a while. It’s moody and engaging -certainly worth another playthrough before I give my thoughts- and I’ll be playing Ico and Nier (2006) soon after.

Development-wise, most of my progress has been on animations and AI for the bird (named AveApex in the editor), but we’ll see how much I relate about them in the future. I’ve also updated the website! I’m officially rebranding as Red Glacier Games, which has a sort of mystery to it that I’m fond of with other studios named similarly.

END_OF_DOCUMENT_TOKEN_TO_BE_REPLACED

It feels like so long, yet so recent since the last time I typed one of these. Long because of all my semester finals, travelling, new living space, and new work schedule, but recent because I’ve accomplished barely anything since last time. In reality I’ve spent still nearly two-thirds of the usual time per week working on the game and I also can’t blame myself for not getting much done over finals, but the last two weeks have been extremely unfulfilling bugfix work that ended up generally much harder than they should have been.

Basically everything I set out to do was so hard that it took forever to fix (usually due to dumb mistakes, lack of familiarity, or obscure reasons) or so small that it’s not too notable anyways. Regardless, I shall list everything I did just to vent about it then formulate a plan for the next two weeks.

END_OF_DOCUMENT_TOKEN_TO_BE_REPLACED 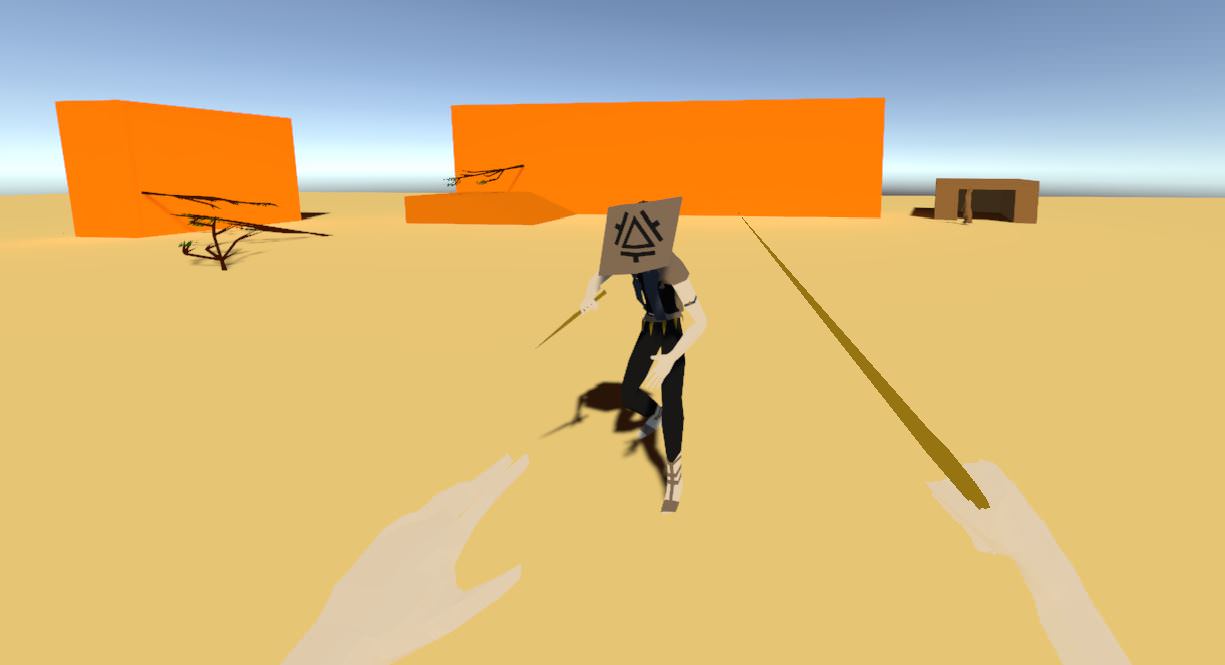 We are back to the regularly scheduled devlog with a busy week and some good progress. I mull over the art style a little, talk about the current and future state of combat, then mention a few small things I did before talking about what’s coming up next week.

END_OF_DOCUMENT_TOKEN_TO_BE_REPLACED

It’s still Wednesday somewhere in the world, which means it’s time to share what I did over the past 7 days – this time from a hotel in San Francisco. I talk a little about the AI’s current capabilities and what I hope to accomplish next.

END_OF_DOCUMENT_TOKEN_TO_BE_REPLACED

On the tail end of what could reasonably be considered a Wednesday, I come bringing progress. There aren’t any flashy gifs this time, but I go over a bit of the AI behavior I’ve been planning.

END_OF_DOCUMENT_TOKEN_TO_BE_REPLACED

Thus begins the task of implementing the enemy. Most of the talk is my plan while the webm’s do the real heavy-lifting if you just want to see some progress. I can also confirm this is a Wednesday blog now.

END_OF_DOCUMENT_TOKEN_TO_BE_REPLACED

After all of my midterms passed and the dust began to settle, I finally got back to work on the weekend and spent a good long time getting this model to a satisfying place. Oh, and sorry this is two days late, but I wanted something significant to show. I’ll never post later than this on a given week.

END_OF_DOCUMENT_TOKEN_TO_BE_REPLACED

Instead of the regularly scheduled Atavism blog, today I bring a postmortem of the game I’ve just made for my college game jam.

Bringer of Brilliance is a First Person Action game that I and two friends made during the 2018 K-State 48-hour Annual Game Jam, a jam hosted by my own college where we competed against about 17 other teams to make a game with the theme “enLIGHTen”. Armed with more experience and ambition than 2017, the development process was smoother and more productive, but ultimately far more intensive, but resulted in a good end product that won 3rd best overall. Download Link.

If you want to check out a more detailed description of it’s production, check out my postmortem here on my portfolio. Leaving that there, I’ll get back to work on Atavism and should have something to show on next week’s blog relating to the game.